On December 10th, Anniversary of Universal Human Rights Day, The International Center for Human Rights in Toronto-Canada (ICHR) commemorated another year of fighting for humanity and democracy by announcing it’s annual Award, in recognition of an individual’s outstanding contributions and dedications to the advancement of human rights.

Gohar Eshghi, the mother of justice and freedom, has won the 2022 Human Rights Award by the International Center for Human Rights in Canada. 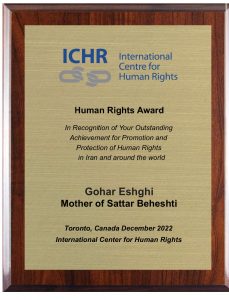 Gohar Eshghi Mother of Sattar Beheshti was chosen as the winner of the 2022 award. 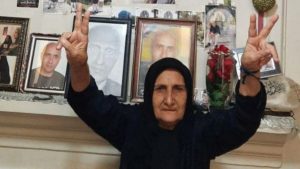 According to the opinion of the judging committee at the International Center for Human Rights in Canada, which works to protect human rights in Iran and Iran’s neighboring countries, this year Gohar Eshghi Mother of Sattar Beheshti was chosen as the winner of the 2022 award. And Mr. Mark Arnold a prominent Canadian lawyer, was chosen as the winner of the second prize for his support of human rights and defence of terrorism   victims.

The award was presented at the ICHR’s Award Dinner held on December 11th at the Paradise Banquet Hall in Toronto, with presence of many human rights and political activists, and members of Parliament. 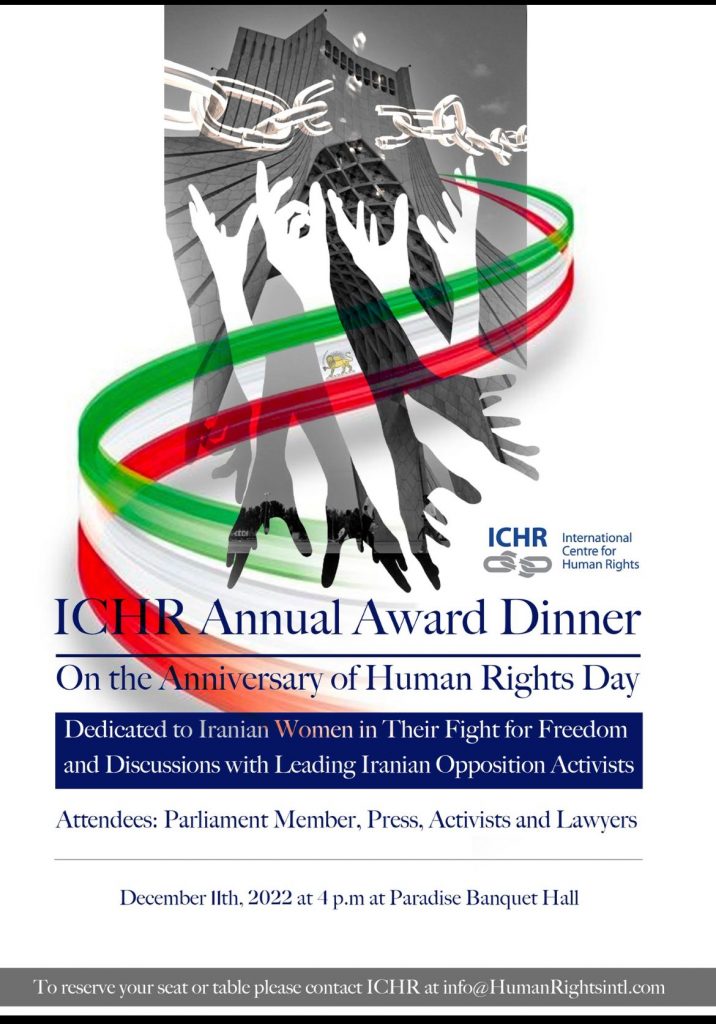 After the award ceremony, there was a discussion about the situation in Iran and the conditions for transitioning from repression and crime to a free society. Well-known Iranian activists have been invited to speak  and be the voice of people in Iran under brutal tyranny of the regime. 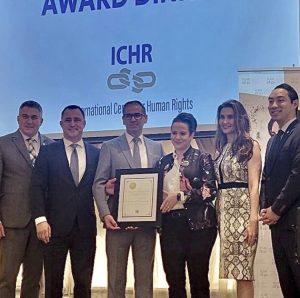 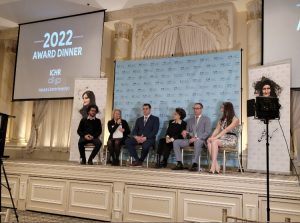 “Gohar Eshghi plays an important role in enlightening and raising awareness about the situation of human rights violations and has been able to be the spokesperson of the Iranian society by risking her life and given spirit and motivation to all freedom fighters and human rights defenders.” Said; Ardeshire Zarezadeh executive director of ICHR.

ICHR condemns the unjust and harsh sentence to execute the imprisoned protesters, and calls the brave protesters the strong voice for rule of law and justice in Iran.

Imprisoning and sentencing protesters to death penalty for asking for their basic human rights is an obvious fact that the judiciary system is corrupted and is under the strain of the regime, and a tactic to ensured that they stay in power. 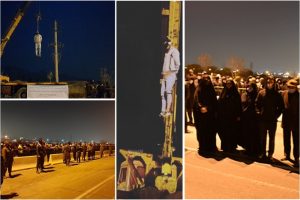