A Letter to The Right Honourable Justin Trudeau

A Letter to The Right Honourable Justin Trudeau

The International Centre for Human Rights Canada (ICHR) is supporting the efforts of Mehrzad Zarei in his quest for justice for the victims of Flight PS 752. ICHR will be helping Mr. Zarei on his protest march to Ottawa. His letter to Prime Minister Justin Trudeau is below.

The Islamic Regime in Iran commits crimes every day both inside and outside the country. This regime brutally shot down the Ukrainian passenger plane Flight PS 752 and murdered our loved ones by launching two missiles by the regime’s IRGC on January 08, 2020. Since then no serious action has been taken towards securing justice for the victims. In addition to the indifference you appear to be exhibiting you’re refusing to list the IRGC as a terrorist entity. As a Canadian citizen I want answers.

I am Mehrzad Zarei, father of Arad Zarei, one of the victims of the downing the Ukrainian plane by the IRGC. I have lost my only son in this outrageous crime.

I have filed a case in the Ontario Superior Court known as “Zarei v. Islamic Republic”, which historically the Honourable Justice Edward Belobaba ruled the shooting of the two missiles by the Iranian Revolutionary Guards (IRGC) at the Ukrainian plane was in fact a terrorist and intentional act, and ordered the Islamic Republic to pay $107 million.

Now, after months of announcing this verdict at the Ontario supreme court of Justice, PM Justin Trudeau still refuses to list the IRGC as a terrorist entity, contrary to Parliament’s resolution in 2018.

To protest PM Justin Trudeau’s indifference in pursuing justice for the families of the victims, not enlisting the IRGC as a terrorist entity, and not applying Magnitsky sanctions, I have decided to walk from my son’s grave in Elgin Mills to the Canadian Parliament and the Prime Minister’s office.

I will be holding a press conference at my son’s grave at 11:00 am on August 10th 2022, and I will start my protest march at 12:00 noon to PM Justin Trudeau’s office on foot, to deliver my protest letter to him in person.

I call for solidarity, unity, and urge the UK ambassador Susan le Jeune and the Ukraine ambassador Yulia Kovaliv to make an appearance in support of this movement. I will greatly appreciate, and warmly shake the hands of all those who accompany me.

If Canada and other countries do not act immediately, the Islamic Regime and the IRGC will continue violating international laws and norms, and continue their gross human rights violations.

“We urge the Canadian government to list IRGC as a terrorist entity, stand firm against the dictators and take serious actions to support the families of victims of Ukrainian Flight PS752,” said Ardeshir Zarezadeh, Executive Director for ICHR Canada.

“Prime Minister Justin Trudeau must act immediately to support the families, as he has promised, rather than making empty promises” said Daryanaz Shirinkam, Communication Director at ICHR Canada.

ICHR  will continue to pursue justice and accountability for the atrocity of PS752, and we strongly call on the Canadian government to stand firmly against the outrageous terrorist act of downing Flight PS752, and take serious action to support the families of victims, by enlisting the IRGC as a terrorist organization, and take the case to the International Criminal Court and the United Nations Security Council. 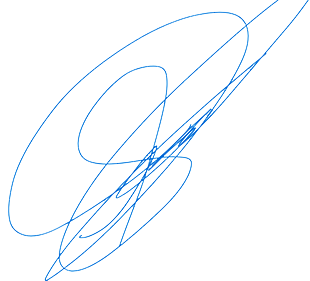