Thanking a life is taking a life nothing can justify it, not even when we call it capital punishment, “nothing “ absolutely nothing.

With 253 executions in 2018,and including the six people executed for offenses they allegedly committed as children, Iran is still among the world’s leading executioners.

“The Iranian authorities flogging and secretly executing two boys under the age of 18, is yet another displaying if an utter disdain for international law and the rights of children by the government of Iran.” Said Ardeshir Zarezadeh, Executive Director for Iran, and The Middle East at ICHR Canada.

Both were arrested aged 15 and convicted on multiple rape charges following an unfair trial.

The Iranian authorities flogged these two boys in the final moments of their lives and then carried out their executions in secret.

Their families and lawyers were not informed about the executions in advance and were shocked and outrageously heartbroken to learn of the news.

The use of the death penalty against people who were under 18 at the time of the crime is strictly prohibited under international human rights law and is an assault on children’s rights.

It is long overdue for Iranian parliamentarians to put an end to this harrowing situation by amending the penal code to ban the use of the death penalty against anyone who was under 18 at the time of the offence.

Mehdi Sohrabifar and Amin Sedaghat had been held in a juvenile correction centre in Shiraz since 2017. On 24 April, they were transferred to Adelabad prison, apparently without knowing the reason.

The same day, their families were granted a visit with them, but they were not told that it was in preparation for their execution.

The next day, on 25 April, the families suddenly received a call from Iran’s Legal Medical Organization, a state forensic institute, informing them of the executions and asking them to collect the bodies.

The legal proceedings leading to the two boys’ conviction and sentence were unfair and flagrantly violated the principles of juvenile justice.

Following their arrest, they were held for two months in a police detention centre, where they said they were beaten. They also had no access to a lawyer during the investigation stage. 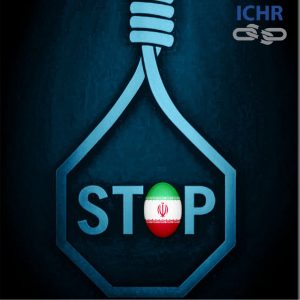 The practice of subjecting children to police questioning in the absence of a guardian or lawyer violates the Convention on the Rights of the Child, which provides that children in conflict with the law must be guaranteed prompt legal assistance.

“The Iranian authorities have once again proved that they are prepared to put children to death, in absolute disregard of international law. It’s time for international world to get involved and pressure the government of Iran to end the use of the capital punishments for juvenile offenders.” Said Ardeshir Zarezadeh, Executive Director for Iran, and The Middle East at ICHR Canada.

ICHR strongly opposes the death penalty in all cases without exception regardless of the nature of the crime, the characteristics of the offender, or the method used by the state to kill the prisoner. The death penalty is a violation of the right to life and the ultimate cruel, inhuman and degrading punishment.